Archive for the tag “Lubbock” 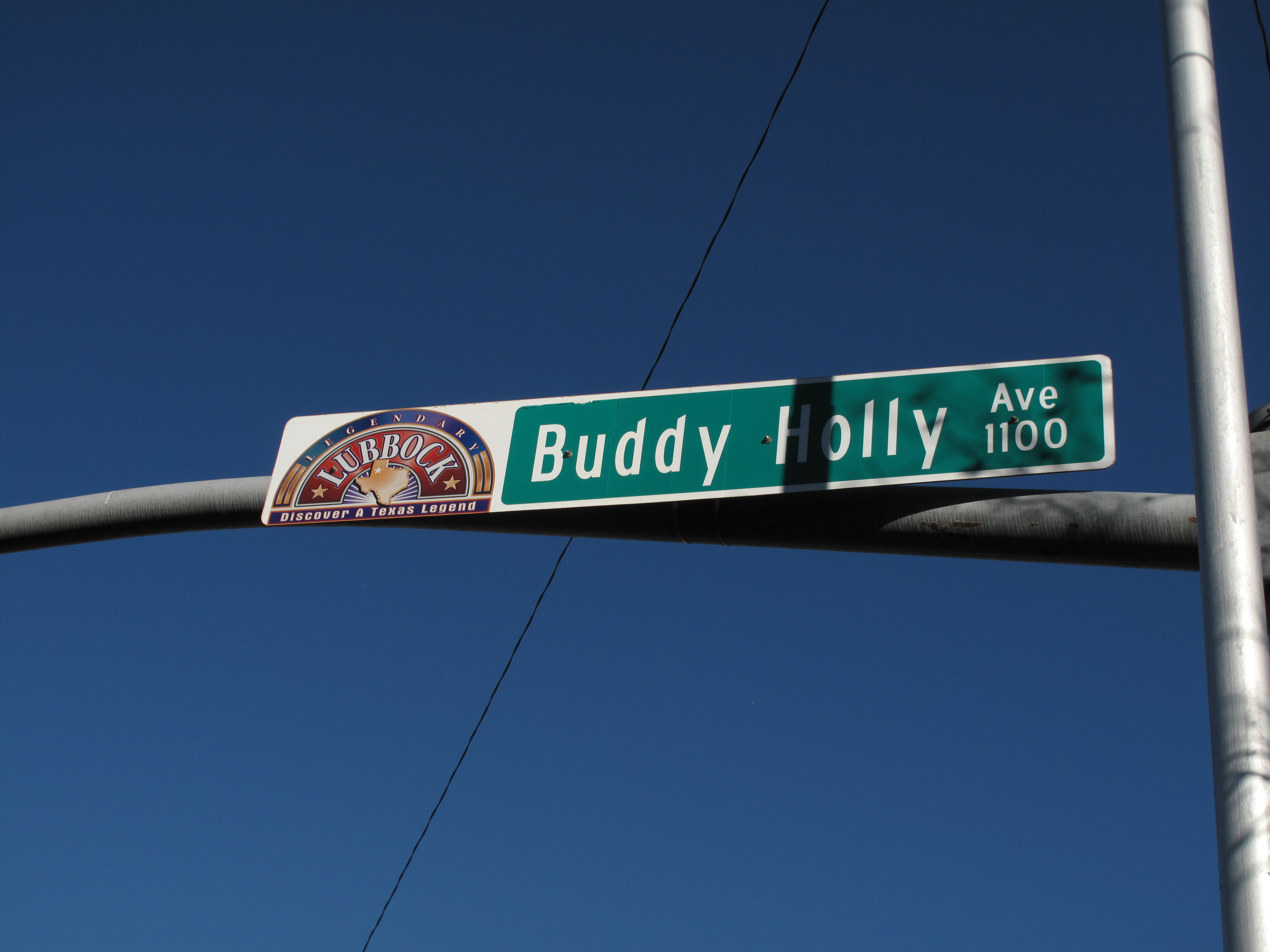 I drove down the busy red brick pavement of Buddy Holly Avenue, past the county courthouse, and down to the old Depot District near the intersection with 19th Street to the Buddy and Elena Holly Plaza. 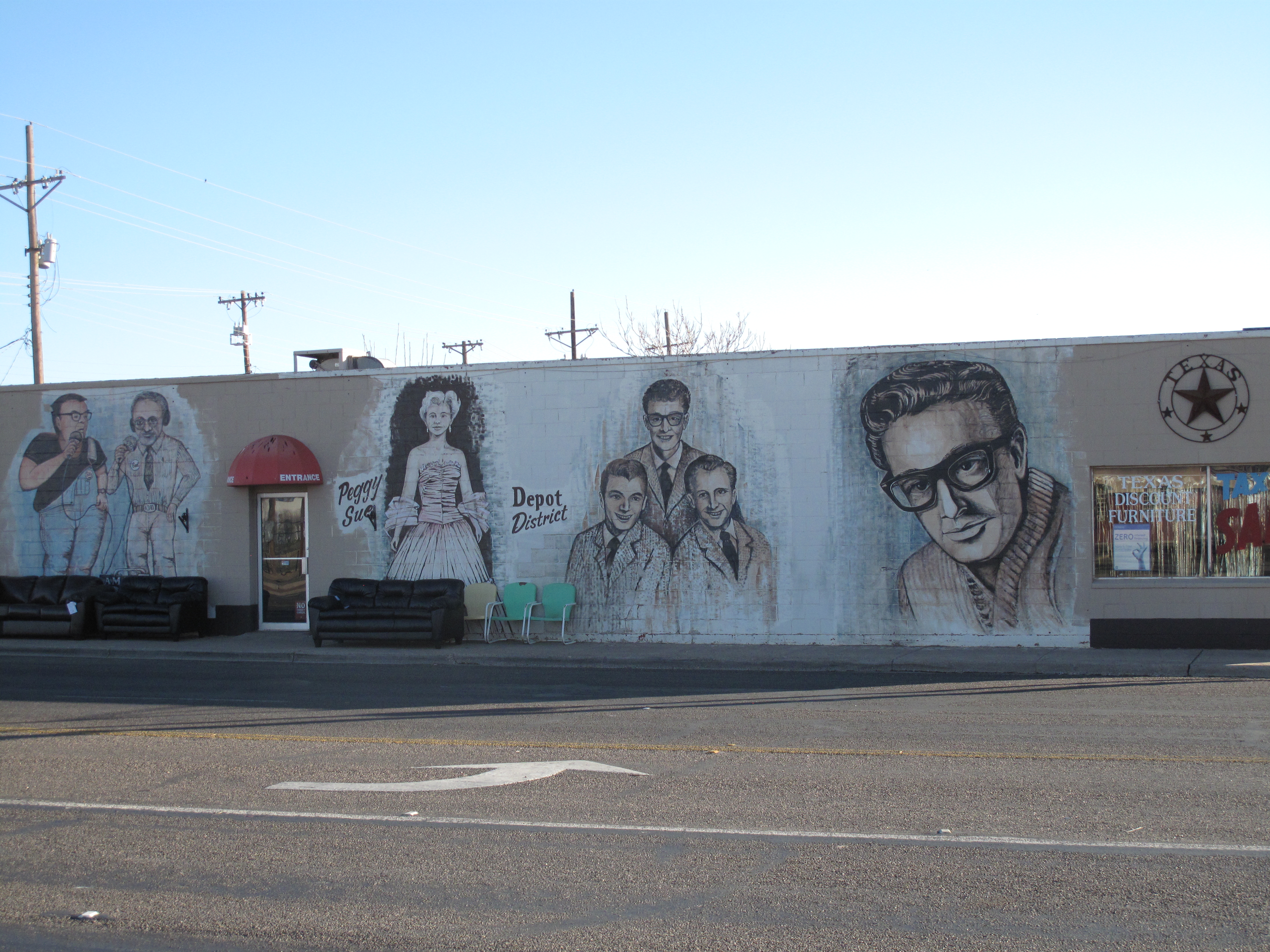 Completed just last year, the memorial block features a tall black statue of Buddy in his familiar pose, playing the guitar and singing.  An adjacent grassy lawn is available for summer concerts and other public uses. 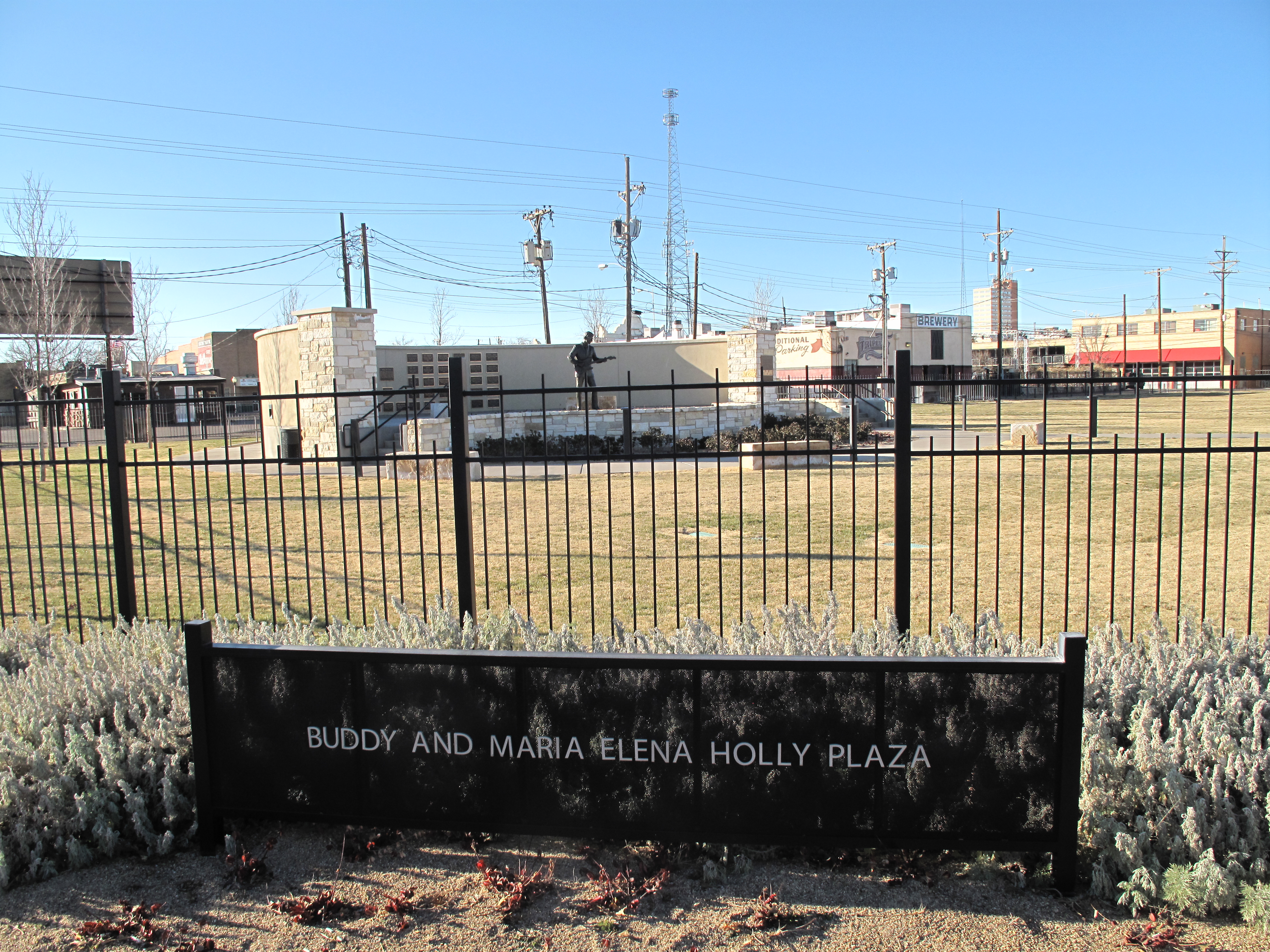 Across the street is the Buddy Holly Center. There I saw Buddy’s famous horned-rim glasses displayed under glass. These were the very glasses discovered among the plane wreckage in Iowa that winter morning two generations ago. At the Center I also saw Buddy’s Fender and Gibson guitars, his high school written exams, his Cub Scout uniform, and even the .22 rifle he shot as a boy. (No photography was allowed in the museum.)

I then watched a short film in which Paul McCartney, Keith Richard and Bob Dylan explained how influential Buddy had been in their own music. McCartney even admitted that he and John Lennon deliberately mimicked Holly’s chords and riffs in most of the early Beatles songs. 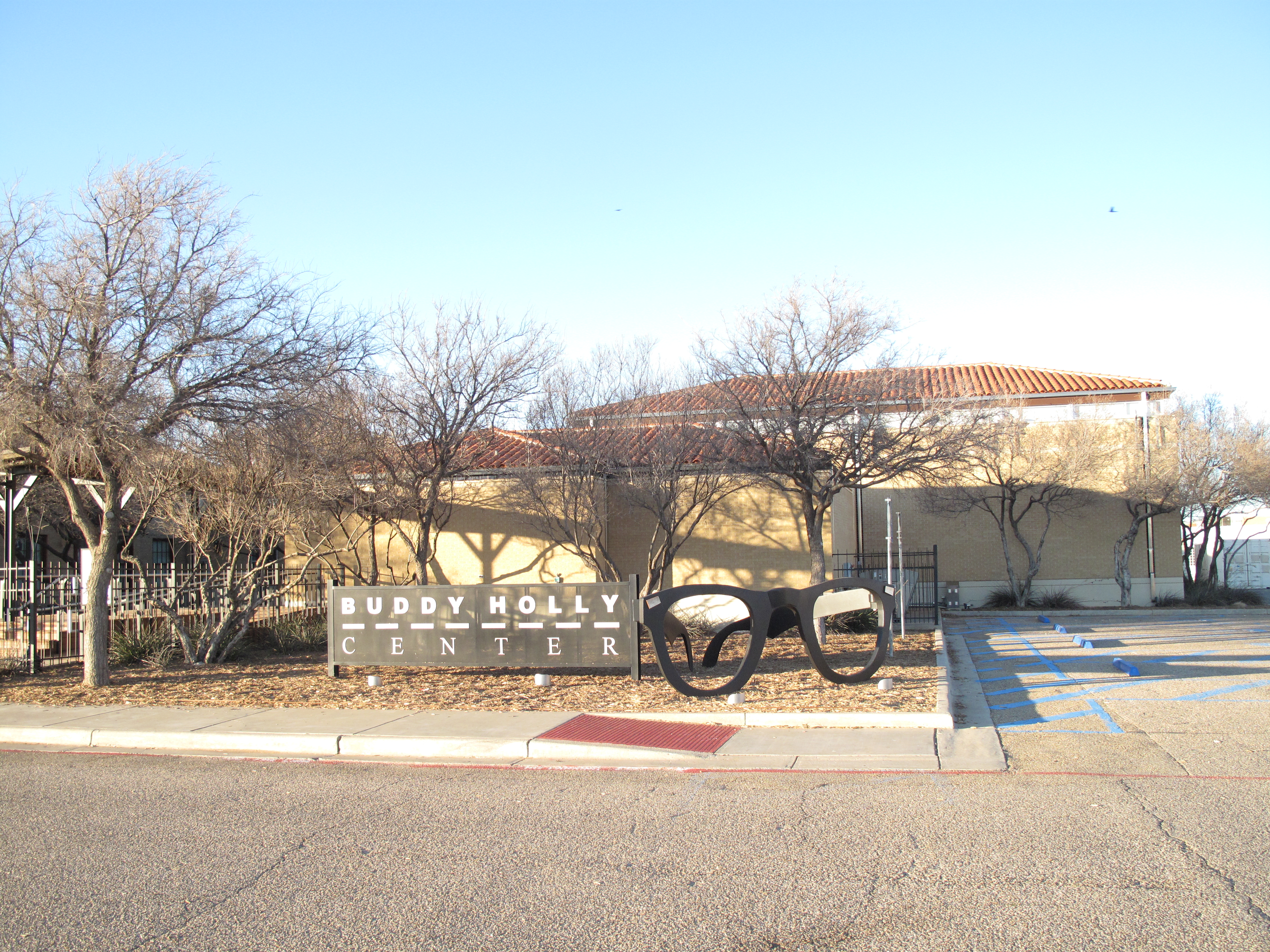 This was a cool day. I thanked the museum staff for staying a few minutes after 5:00 to allow me extra time in the museum.

Lubbock is fairly well spread out. This is to be expected in a West Texas city where land is flat and cheap and seems to go on forever. There are a few retail stores clustered around Broadway and Texas Avenue — but the town’s two large (15 story) buildings are 6 blocks away with little in between. So much driving — it’s an eco-freak’s nightmare.

Lubbock was built on the surrounding cotton crop. Cotton was first planted here in the early 1900s, and by the 1920s cotton was big business in West Texas. Texas Tech University was founded here in 1923 in part to support agri-business. The 7-story Lubbock County Courthouse was built in 1950 when Lubbock’s population was only 70,000.  There are some art deco features in the structure but the biggest impression it gives is its bigness itself. Seven stories is huge for this part of the country. Yet their foresight proved correct and the building has even been expanded over the years. 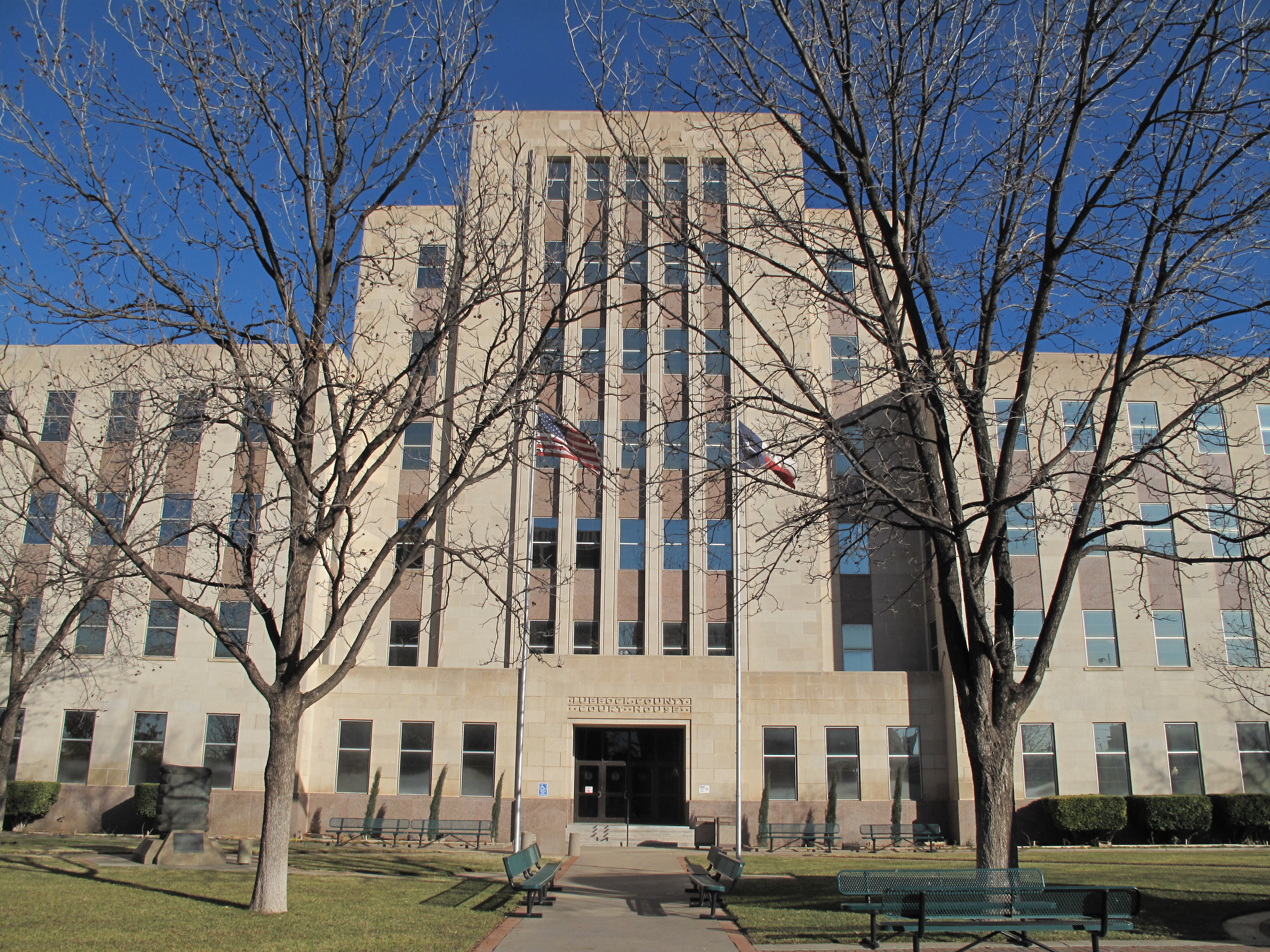 Buddy Holly’s parents arrived in Lubbock in the 1930s, coming from East Texas looking for better work. Buddy was born here in 1936. He died in an Iowa cornfield, an international star and a newlywed, 22 years later.

Lubbock knew long ago it was going to be a big place and a notable place. And so it is. 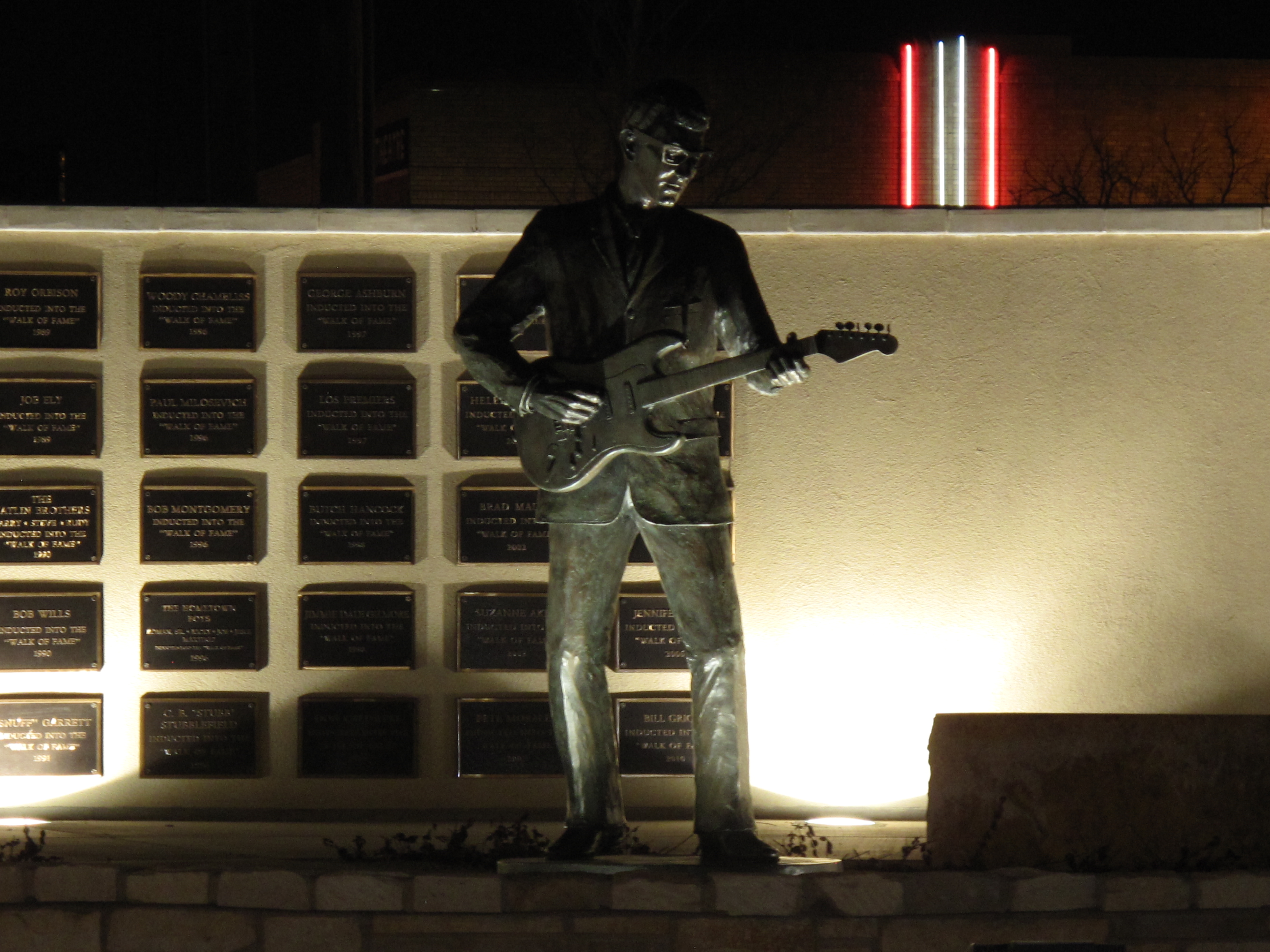 A list of all photo posts from the American County Seats series in TimManBlog can be found here.